At 29, I was a well-known journalist and blogger, covering the fashion beat for the most iconic men’s magazine in the world, GQ.

I spent my days writing articles that told men how to live smart—something I was pretending to have mastered. Sure, I had a cool apartment with nice chairs and a closet full of designer clothes, I had a weekend home in the Hudson Valley and planned impromptu trips to Paris with my buddies. But underneath it all was a deep sense of inadequacy that my glamorous lifestyle could only temporarily distract me from. Like any good drug, I needed more and more to keep going.

Most of it came crashing down during the winter of 2014. The woman who walked out the door was the partner I had dreamed about, and when she left, I became deeply depressed. After years of never crying, I began breaking down into sobs almost daily. It was as if this woman’s departure had opened a portal of grief that extended as far back as I could remember. The pain was so intense, I knew I wanted to either take my own life (like my father had done a decade before), or get help. I chose the latter, and ended up in a group full of strangers at The Psychodrama Institute of New York. It was there, inside a little, windowless room in the middle of Manhattan, that the carefully constructed veneer I’d built to protect me from my past began to crumble.

It didn’t go easily. Faced for the first time with my own crippling self doubt, and a host of other baggage from my childhood, I tried everything to hang on to my defenses. A move to Los Angeles in the fall of 2017 was just a further effort to run away from the parts of myself I didn’t want to meet. As were the faux attempts at spirituality, and countless relationships with women who had very little idea that the young man they were attempting to love had never learned to love himself. Not one shred.

In the coming years, I tried every healing modality and remedy available to me. There were many beautiful moments: in a therapist’s office in Pasadena, for instance, when I realized - finally - that I had to let my father go, or on a wilderness fasting adventure in the Eastern Sierra on land so pristine I can still hear the silence, or on the sailing trip to Indonesia where I rode a scooter through moonlit rice paddies with my stepbrother, Alex.

Meeting my true self for the first time was the greatest adventure of my life to that point. 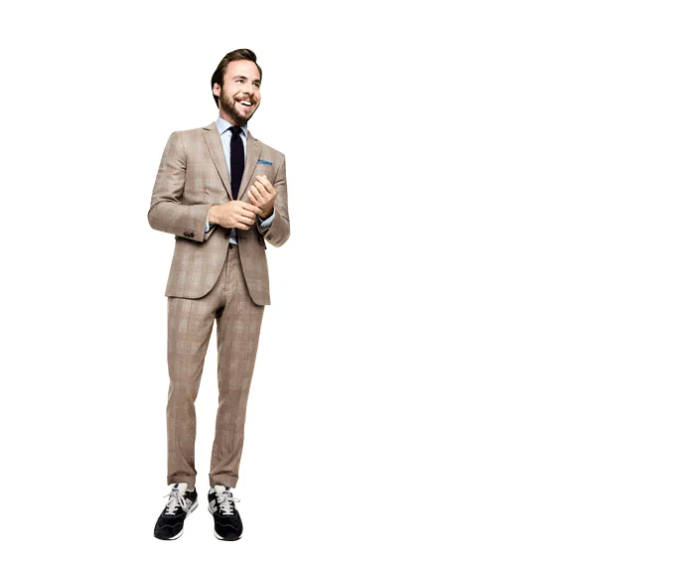 In Los Angeles, my search led me to men’s groups. For the first time, I met other guys working on themselves, getting in touch with their inner lives and holding themselves to a standard of integrity that I’d never experienced. I started working with male therapists who gave me books by Robert Bly, Robert Glover, and David Deida that encouraged me to discover my true masculinity. I spent countless hours in twelve step meetings, and in counselor’s offices and in men’s circles. I howled at full moons and beat my chest looking for my connection to my male ancestors. I left no stone unturned. What I would come to realize is that a whole, embodied adult man is truly rare in our society and world. And that if I could find my way there, maybe I could lead other men there, too.

But the real turning point came for me when I walked into the University of Santa Monica one evening and heard Ron and Mary Hulnick speak for two hours about self love and forgiveness.

That was the night I understood that the path to authentic manhood would come through finally learning to love and accept myself, and subsequently others.

This wasn’t the love I’d grown up understanding, either. It wasn’t something that demanded a chase, or something that required either proving or silencing my true self for. No, the kind of love the Hulnicks taught was already inside me. It was the result of awakening fully, of emptying and freeing myself so completely that only love remained.

But Jesus, there were a lot of barriers on my path to self love. Decades of anger, confusion and grief. A body so packed with stuffed away emotional energy and trauma that simply sitting still felt impossible. I’d let go of one addiction and another would be revealed, then another, until I was sure I’d been addicted to nearly every worldly thing in an effort to escape my feelings: booze, cocaine, work, sex, social media, self pity, glamour, travel, rage, perfectionism. You name it, and I indulged in it. And all at the expense of keeping myself numb.

My journey home to myself - from numbness to aliveness - is ongoing. I expect it to last a lifetime. It is also the road that led me into men’s coaching, and the biggest gift I can share with you, or with any client: If you want to truly transform yourself from the inside out, I am your coach. If you want to leave nothing on the table, go for the gold, stare down your shadow, slay your proverbial dragons, and come out the other side as a new man, then I say let’s tread those paths together.

Let’s take that leap. And let’s create the kind of life you’ve spent your life scared to speak about out loud, but know - on some level - is inside you right now. 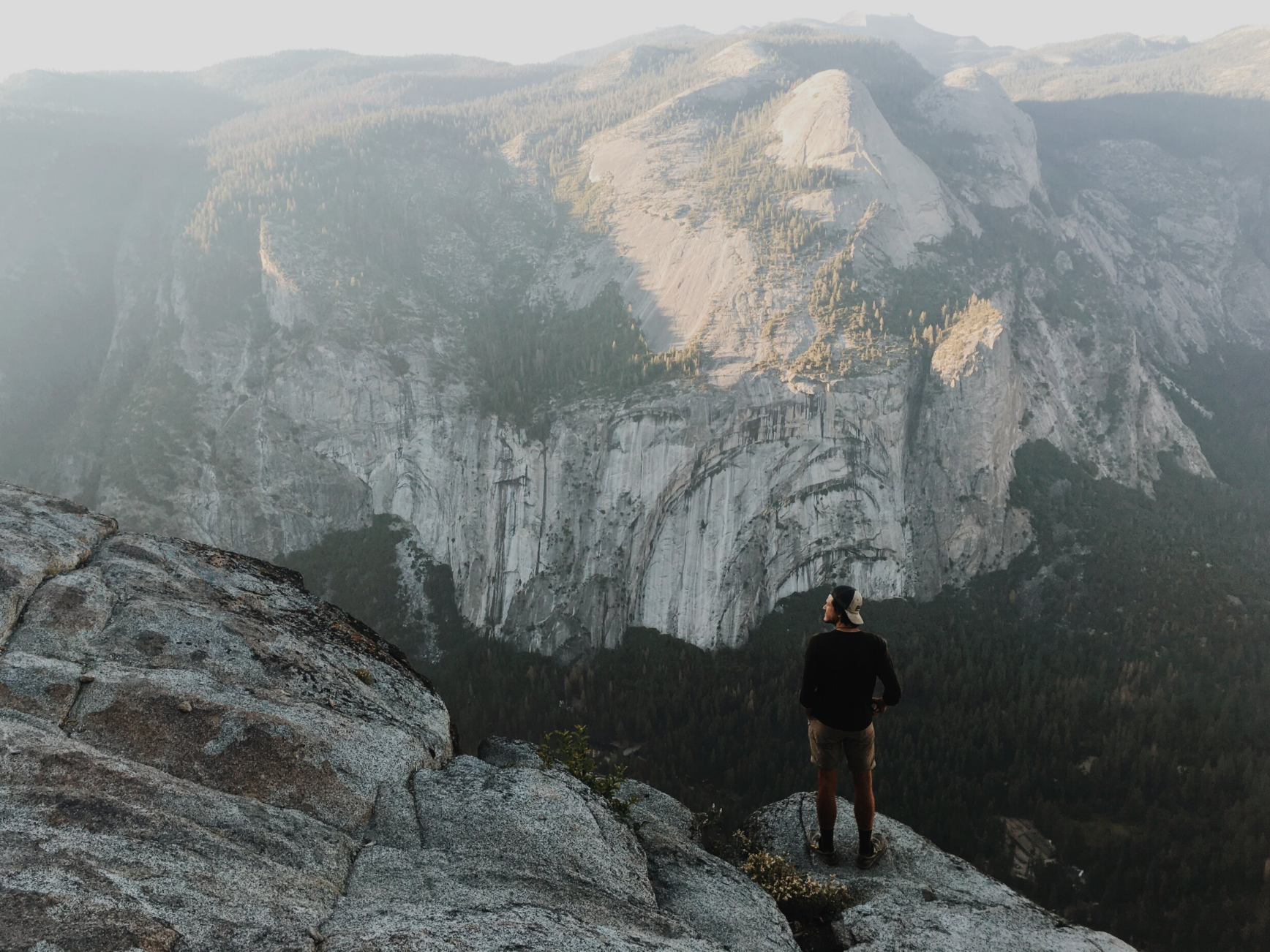 If you want empowering support (and accountability) to overcome the challenges you face on your own journey to living your most authentic life, here are some things we can work on together:
‍

I’ve been featured on or profiled by Love Talk Live, A Continuous Lean, Into the Well, Blamo!, Group Golf Therapy, J.  Crew, and The New Masculine, to name a few. Valet called me “a man of many talents, occupations and lives.”

In 2019, I helped my buddy Ryan Willms start the Into the Well Podcast.

In 2020, I co-founded GGroup with Elliot Aronow, to help men get through quarantine.

And now I want to help you create the life of your dreams.

Here’s how to get the conversation started: 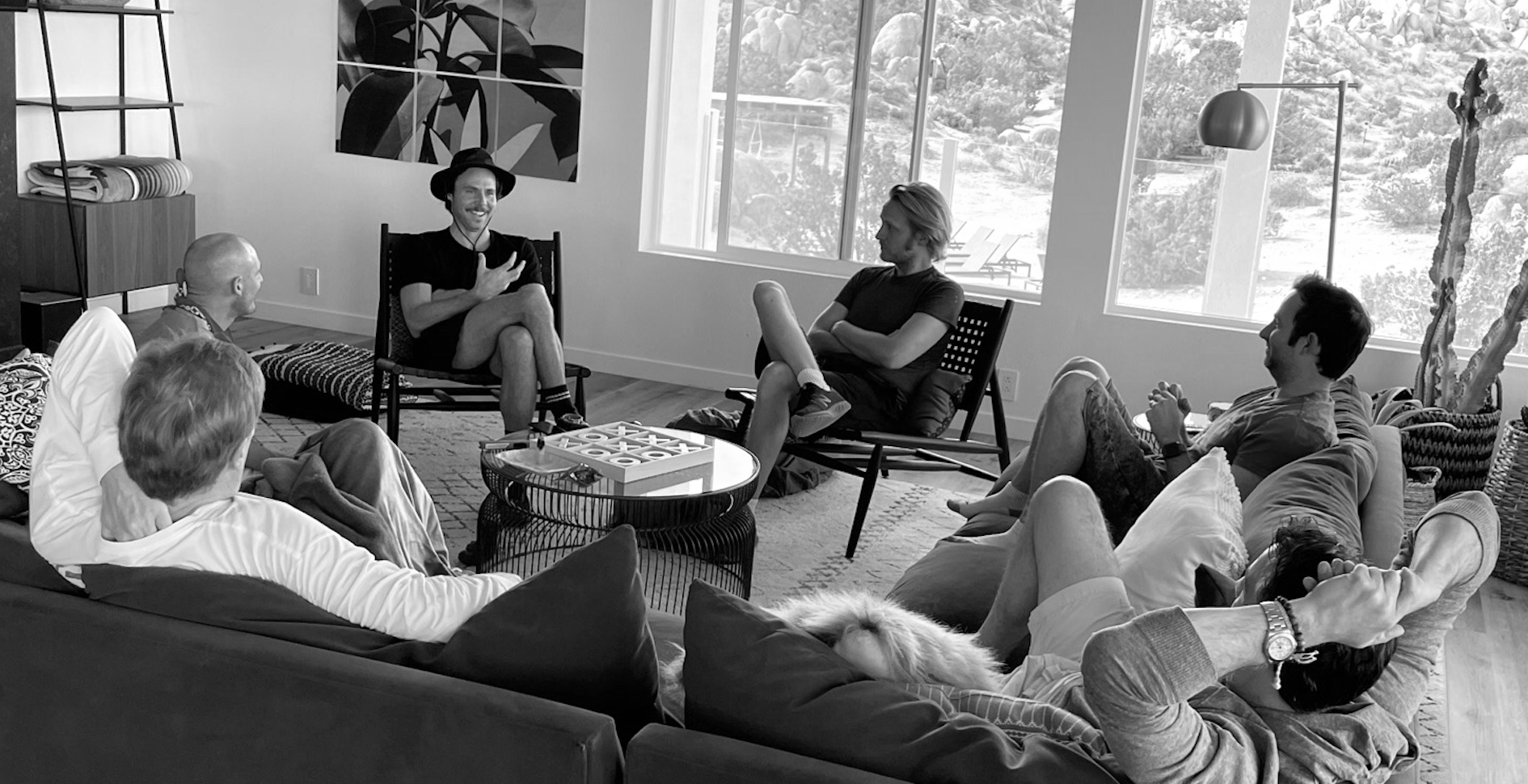 Email me for a 60 min. conversation.

Fill out a form here, or email me at sean.hotchkiss@gmail.com